Your first question, and I’m assuming you’ll have more than one, is “How did he come up with ridiculous comparison?” It’s a valid question, and it’s an easy answer. 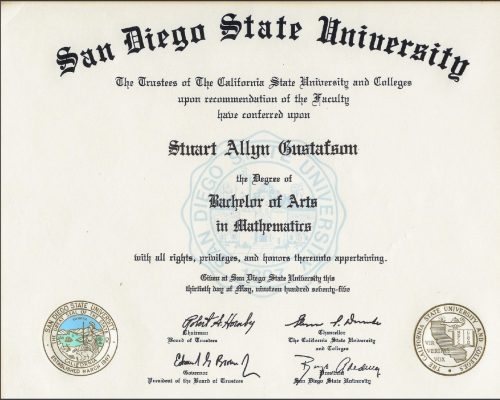 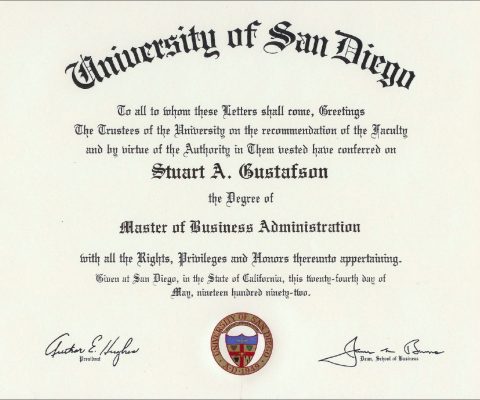 As most people realize, getting an undergraduate degree in a specific field means you are concentrating your courses in that one area. For me, it was mathematics, switching to Math after completing most of the requirements for an Aerospace Engineering degree. So why didn’t I finish the engineering program? Take a look at the date above. It was the early 1970s, and aerospace engineers were flipping burgers because there weren’t jobs in their field.

On to the MBA. When I wanted to broaden my knowledge of business, and make myself more valuable to future employers, I looked at various programs. Among consideration were programs that concentrated on Finance and on Marketing, such as those highlighted in blue and green, respectively, below. The “courses” listed here are just examples, not any actual set of graduate programs in business. 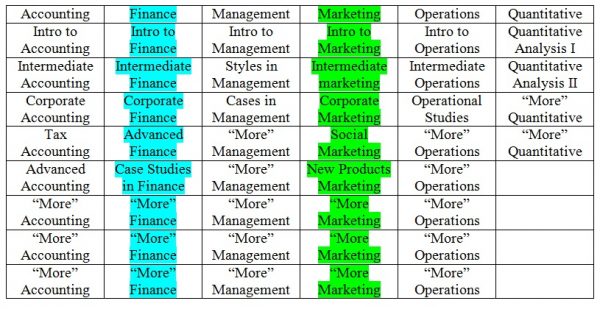 As you see, my graduate education would have been focused primarily on set of curricula, but I wanted a broader base of knowledge. So, rather than going “thin and deep,” I decided to go “wide and shallow” as the items in yellow below represent. 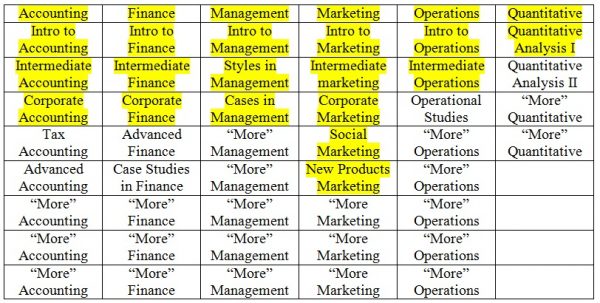 You still might be wondering how any of this is related to cruising. Well, here we go. Let’s say you’ve never been to Central America, and you see a “good deal” for a tour of one of the countries. You go on it, and it was “okay,” but you wondered if ALL of Central America was like that. And with nothing for comparison, you won’t know the answer to your own question.

Going on that one-country trip was like focusing on only one subject area as shown above in blue or in green..

Instead of going on that one-country tour, you go on a cruise that stops at many of the ports of the Central American countries. True, you don’t see as much of any particular country (as you did on your single-country tour going “thin and deep” like that Finance or Marketing concentration). Instead, your visits were “narrow and wide” like the MBA program where you get a little of a lot of areas. That’s why I like cruising.

Here’s a real-life example. Having been on about three dozen cruises (and a speaker on more than two dozen of them), I’ve been able to visit over 160 different cruise ports. Clearly, I would not be able to visit all those places if I just went directly to them for an in-depth visit. But by seeing them on a cruise (and where I unpacked only once!), I can then determine which places I would like to return to and spend more time. It’s not a “go and hope” visit as it could be on that “good deal” tour a few paragraphs up. 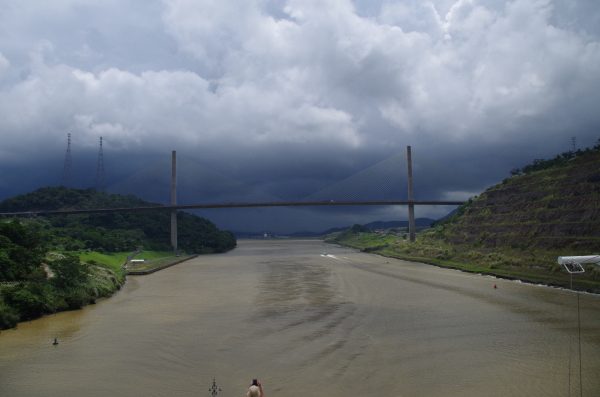 Now, you’ve seen enough to know you want to go back. That’s how it is for me and Panama. I’ve been through the Panama Canal twice. I went west to east in 2014, and then east to west in 2015. Even though it was only from the ship, I saw enough, and read enough about the country that I would like to go back there for a Panama-only tour, vacation, etc.

So the next time you think about going on a vacation, would a cruise be better for you since it could give you a glimpse into many places rather than just one? That’s worth thinking about.