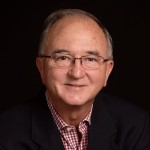 Speaking on cruise ships is a tremendous boost. Of course, standing in front of an audience of paying guests (paying the cruise line, not the speaker) is exciting and each cruise has its own set of thrills. With my U.S. Registered Trademark America’s International Travel Expert®, I’ve been honored to speak on more than just a few cruises and to visit many exciting locations around the world — overall I’ve been to 62 countries and over 175 different cruise ports.

“Your talk today was worth the price of the entire cruise.”
Margaret, passenger on a trans-Pacific cruise


Interested or just curious? CLICK here to send an email to inquire about Stuart’s availability.
“Your presentations and information were exactly what I was hoping for, and what I know the guests want.”
Steve, Cruise Director for a major cruise line

Cruises I’ve Been on as a Speaker

“Thank you for telling the passengers what they usually come to ask me; you saved about half the number of people who normally come to my desk.”
Jennifer, Ship’s Concierge on a major cruise line

Where I’ve Cruised while Speaking

(technically, Asia, but the currency is the Euro)

Send an email to inquire about Stuart’s availability, whether it’s at sea on a cruise ship or somewhere on dry land.

Not on as a speaker; I was just one of the many pampered guests.