January 28, 2020
Water is known to be the elixir of life for humans, four-legged animals and flying ones, plants, every form of life as we know it on Earth. Most of us take it for granted that water will be there when we want it; we can turn the faucet handle and water flows. That might be the case for most of us in first-world countries, but that’s not a guarantee everywhere in the world. Not just for humans, but also for animals, livestock, and wild beasts. There are places where water is naturally scarce; there are no taps to turn on and watch the water flow. 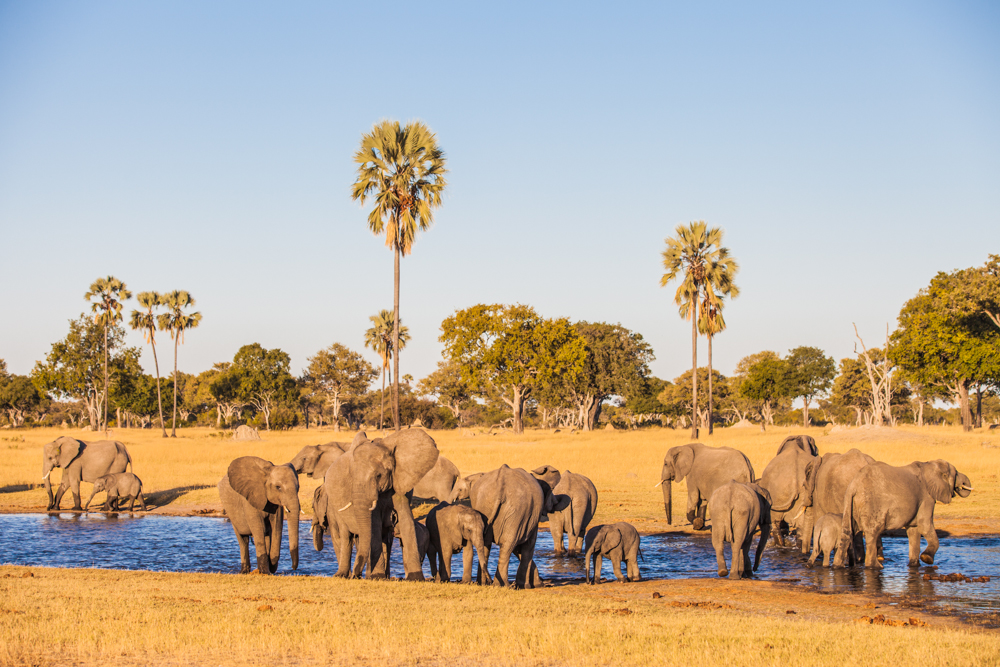 Let me introduce you to one organization that is doing something positive about the water situation. Wildland Adventures is a travel company that offers guided tours on six continents. While many of their tours provide benefits to local communities, there is one, in particular, that is going above and beyond most what most think of as ecotourism. Their Water for Hwange Safari in Zimbabwe focuses on providing reliable water sources for both the wildlife and local villages that call Hwange home. This one of a kind safari not only raises the necessary funds to install solar-diesel hybrid pumps but also gets travelers engaged in the project.

Many people who think of the country of Zimbabwe also think of the magnificent Victoria Falls, an amazing natural wonder. “Why then is there a water issue?” some people might ask when they see the splendid falls as in this video of the Falls. The problem is that water doesn’t naturally flow to the residents of the area—the wild animals, the livestock, the people. In addition, last year was one of the worst recorded droughts in the history of Zimbabwe.

Hwange National Park is the largest natural reserve in all of Zimbabwe and lies along the border of Botswana. The park’s elephant population is one of the largest in the world with over 45,000 in the park. Hwange’s grasslands and mopane woodlands boast a tremendous selection of wildlife with over 100 species of mammals including lions, leopard, cheetah, African wild dogs and even rare plains game like sable antelope. When this park was created in the 1920s, its boundaries failed to include a reliable water supply, a major ecological oversight. The thirsty herds of Hwange currently rely on an aging infrastructure of diesel pumps and boreholes for water to survive each dry season. This safari aims to not only replace those pumps with a more sustainable option but also provide pumps for the local communities. If we want to accomplish true ecotourism we need to look after both sides of the equation, the wildlife and the people that call that destination home.

This video from last year’s expedition to the Hwange National Park gives a great glimpse of what travelers can expect on this conservation safari.

In addition to seeing how Wildland has installed hybrid water pumps to replace the diesel or hand pumps, guests on this special tour spend time with villagers to understand how the new sources of water have improved their lives. Because this popular tour has sold out again for the second year in a row, an additional tour has been scheduled July 27 – August 6, 2020.

Highlights of the tour include:

Tours such as the Water for Hwange Safari aren’t just for the entertainment of the guests on these small-group tours. The tours are also beneficial to the villagers, as shown in this video. As you make your travel and adventure plans for this year, or next, consider doing something good for this Earth and sign up for the Water for Hwange Safari tour.