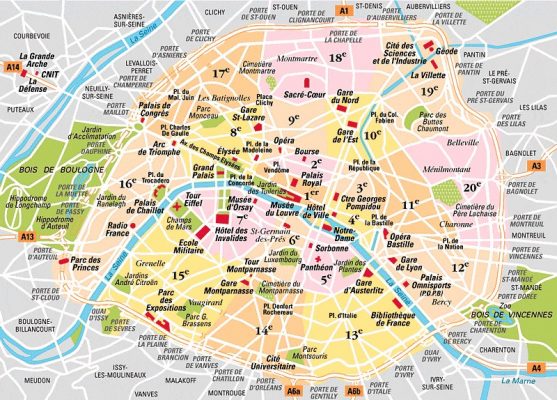 Thank you for your interest in Art Thefts in PARIS. Below are the first two chapters in the book:

“Okay, this is where you’ll need your Museum Pass,” the tour guide said as her small group approached the entrance to one of Paris’s small, yet extremely popular, museums – Musée de l’Orangerie. “Make sure your name is on it and that you’ve properly entered the date. Remember, we use the European form here, meaning we go day, month, year.” Elyse had been leading tours for years, both here in Paris where she did her graduate art studies, and in the Provence region in the southeastern portion of France. She wasn’t born in France, but she re-located from upstate New York when she wanted to advance her art studies. It came down to a choice between Italy and France, and when she compared all that France had to offer, it was an easy decision for her. She was now fluent in French, even down to the little gestures that made her seem home-grown.

Elyse showed her tour guide license and the guard waved her through. He then looked at each Museum Pass as it was held up for him, and he waved each member of the group to go inside. Closed on Tuesdays, the Orangerie was normally quite busy on Wednesdays, but she managed to get the group going early today so they could get there before the larger crowds arrived. “Let’s meet over there by the counter after everyone’s been through the scanner. Small bags are fine, but the large backpacks will have to be checked.” She watched as each of her eight tourists went through the scanner and retrieved their metal items. She was leading a group two years earlier when one of the men forgot to retrieve his new Rolex watch, a recent present from his wife, and when they went back the next day, no one knew anything about it, or so said the low-paid security guards. Although it wasn’t her fault, Elyse felt really bad for the man so she now made sure that nothing was left behind.

She handed a brochure to each person and quickly explained the history of the building that was originally constructed as a place for storing trees during the winter. Thus, its name of Orangerie – it housed orange trees. When Claude Monet offered to donate eight large canvases of water lilies to the city of Paris, he directed that they be placed in such a manner that they could be “studied” in a flowing manner – not just hung flat against the walls as in the Louvre and most other art museums and galleries. The layout of the ground floor was re-designed with its oval rooms to accommodate the artist’s wishes, while later renovations created space below ground for other impressionistic paintings.

“Most people,” Elyse continued as she led her group toward a quiet corner, “think that the Orsay is the only museum with Impressionist paintings, but you’ll see some nice works downstairs by Renoir, Cézanne, and Picasso. Make sure to use the toilets downstairs because they’re clean and they’re free, and then let’s meet back up here in one hour.” Most people looked at their watches, mentally noting the time.

There was a buzzing in Elyse’s purse as she walked to the glassed wall on the right to enjoy the sunshine. She unzipped her Kate Spade purse and pulled out her iPhone to read the message. “Great,” she mumbled out loud as she re-read the email, realizing she’d have to make some adjustments in the tour schedule. Her Wednesday wasn’t off to the best start, but she was used to interruptions like this.

The television news reporter was standing outside the famous pyramid entrance at Musée du Louvre. “You can see the long line of people waiting to get inside the Louvre here on a beautiful Wednesday right at twelve noon.” As the camera panned away from the reporter to show hundreds of people queued up to buy tickets for the world’s largest art museum, the reporter turned to her left and squinted as the sun’s rays bounced off the pyramid’s glass triangles and hit her squarely in the eyes. Normally she would be wearing her Michael Koss sunglasses – they were in her purse – but she had to keep her soft green eyes available to the camera when she was out on a shoot. The cameraman worked the focus back to her, and the young talent spoke confidently into the round eye of the expensive lens.

“There are quite a few groups waiting in line, including some school groups, and it seems that taking your own photo using the selfie stick is quite the thing to do. The big news right now, however, is that we just received word that the National Museum Workers Union has declared that they will be holding a work stoppage tomorrow – they didn’t call it a strike, but that’s essentially what it is – to protest the security conditions inside many of the city’s museums. And it appears that the Louvre just might be impacted the most.”

The reporter looked down at a paper and read, “According to a representative from the union, and I quote, ‘The conditions under which these young hoodlums enter the museum at no charge and are able to then harass and commit acts of thievery and disrespect to French citizens and tourists alike are not acceptable.’ The representative went on to say that ‘the National Police should photograph everyone who commits a crime and then make those available to the museums’ who can add them to their facial recognition databases. We’ll have a full report on this story and the impact of the stoppage during our six o’clock news. We’re back with more news after this message,” the reporter continued as the camera faded out.

As the news of tomorrow’s strike was heard around the city, mobile phones were ringing as the leaders of a small group of rebels recognized the opportunity that was just handed to them. There was the one who was called their Commandant, a title normally given to a male leader. But she’d earned the title through surreptitious acts that went unnoticed by most citizens. She was sharp, and her talents went far and wide throughout all of Paris.

A simple text message, begin operation repatriate, was sent to a group listing, but not by the Commandant because she was at her full-time job. But she felt her phone vibrate as the message was received and she pulled the phone from her pocket to read it. She quickly hit the Delete button and returned the phone to her pocket. The look from her co-workers invited a response. “Somehow my mobile number got on a junk messaging list and I get offered a free trip or something else ridiculous almost every day,” she said.

“You know we have the resources to find out where it’s coming from and who’s sending them,” one of the men responded. “Want us to look into it? All we need is access to one of the messages.”

“I just delete them,” she said. “They’re really not that big of a deal. But, thanks.” The team continued its discussion as the Commandant’s brain began to process the series of events that would now be underway. Her eyes subconsciously began to float in counter-clockwise oval patterns.

“Speaking of messages,” the team leader replied, “I just got a message that the National Museum Workers Union has called a strike for tomorrow. They’re complaining again about the security conditions in the museums and they’re pointing the finger at us. They think we should provide digital photographs of everyone we arrest so they can use facial recognition to monitor who’s entering the museums and keep tabs on them.”

“Well, that will be a heyday for invasion of privacy lawsuits, especially when most of those hoodlums don’t have a permanent address and they’re under age,” Marie said as she re-focused on the group discussion. “Many of those museums don’t even have security cameras that work most of the time, and yet they want to add more work. These museums are to be enjoyed, not secured like some Las Vegas casino where everyone is being watched all the time.”

In addition to her role as a rising star in the detective ranks of the French National Police, Marie was a strong advocate for personal rights. Her ancestors had fought for theirs, and many of them had paid the ultimate sacrifice, and she was determined to continue that fight even though she knew she was walking a thin line, a most thin line indeed.

Marie was energized; was it the text message she’d received, or was it the arrogance of the union throwing the blame of rude behavior and petty crimes from those committing the crimes to the police? She continued, “The union should focus its efforts on the alliances it has with the national museum department and get them to update their security systems. They’re so antiquated that it’s surprising there hasn’t been another major theft from those museums.”

RETURN to the Novels page and Art Thefts in PARIS